A graduate of Pius X High School, in Roseto, Pennsylvania, Attorney Lopiano-Reilly has lived or worked in the Slate Belt, Lehigh Valley, and Poconos her entire life. She is a 1992 graduate, with Honors, from Moravian College with a B.A. in History. Attorney Lopiano-Reilly graduated with her Juris Doctorate (J.D.) from Seton Hall University, School of Law in 1995 and immediately passed both the Pennsylvania and New Jersey Bar Exams. 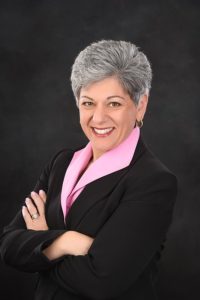 Attorney Lopiano-Reilly is admitted to several state and federal Courts for the practice of Law, including:

Within the Northampton County Bar Association, Attorney Lopiano-Reilly has historically been and continues to be a very active member. In prior years, she served as a Member of the Board of Governors (2006-2011); chair of the Law Day Committee; a member of the Continuing Legal Education Committee and a member of the Family Law and Family Court Rules Committee.

Importantly, Attorney Lopiano-Reilly served, for several years, as Chair of the Family Law and Family Court Rules Committee of the Northampton County Bar Association. In this role, she worked with other members of the Bar and with the Judges of the County to coordinate continuing legal education classes for attorneys in the area of family law. She has also acted as a liaison with the Court on issues effecting families and family law practitioners in Northampton County.

Attorney Lopiano-Reilly understands that lawyers, like other educated individuals, have an obligation to work within their community and give their talents back to the public by assuming leadership roles. In that regard, Attorney Lopiano-Reilly previously served as a Board Member on both the Bangor Area School District Economic Development Authority and the Industrial Development Commission of Northampton County. On most years, since 2008, Attorney Lopiano-Reilly has served as a family law instructor for the People’s Law School (sponsored by the Northampton County Bar Association). This is a several week course held each year at Northampton County Community College. She also regularly serves as a juror for the Pennsylvania Bar Association High School Mock Trial Competitions and as a team advisor for a Monroe County High School Mock Trial Team. She regularly volunteers her time and donates funds to organizations that help children and families and veterans, including but not limited to Domestic Violence Prevention programs, the Miracle League of Northampton County, Holiday Hope Project, Scouting, the Slate Belt Youth Soccer Association, The Monroe County Red Cross, local churches, and Valor Clinic Foundation.

In addition, Attorney Lopiano-Reilly frequently volunteers to represent indigent individuals involved in family law litigation in Northampton County through North Penn Legal Services in Bethlehem, Pennsylvania and, as a result, she was awarded High Distinction Pro Bono Recognition Awards from that entity in past years. Recently, Attorney Lopiano-Reilly helped to form and served on the Board of the Charitable Foundation of the Northampton County Bar Association to infuse funds into many charitable community projects in Northampton County such as Meals on Wheels and the Greater Valley YMCA.

It is important to trust your attorney and have a personal connection with him or her.

Alyssa is a gem! What a great team and what an excellent attorney. She makes the process as simple as possible and that truly helps with the stress of legal situations. Alyssa is confident in her ability to succeed, straightforward/honest, and tough when it counts! I highly recommend her for your family law issues and I am grateful for this opportunity to say so! Thanks Alyssa!

Alyssa and her team are excellent. From day one, I felt that Lopiano-Reilly Law Offices was prompt in their responses to my questions, and really cared about how this case was affecting my life. They coached me through the entire process and we're extremely professional from start to finish. I am proud to call her an attorney that I can trust and will be sure to utilize her services in the future should the need arise. Alyssa offers business law and family law services including custody cases, child support, alimony, divorce law, estate law, pre-nup law, and domestic violence law. I highly recommend her for your legal needs. Give her a chance - you will be glad you did!

Alyssa is VERY knowledgeable in family law. She always gave me prompt returns in all emails/calls. She doesn't sugar coat anything or beats around the bush, she tells you like it is. I definitely got MORE than what I paid for. She is not after your money, she tries and helps you save money in anyway possible, and always gives you her honest personal opinion. She is a GREAT lawyer to invest your trust in. Alyssa Lopiano-Reilly will be my go to lawyer from now on. ~John Folsom

Great Attorney! Knowledgeable and strong. You should not hesitate to using her as your attorney.

Could not have asked for better attorney!! Perfect!

Alyssa handled a child support matter for me. From the very first meeting I had with Alyssa I could recognize the strengths I was looking for: amazing attention to detail, tough, straightforward, and compassionate. She worked efficiently and always kept me updated. If I had a question she responded very very quickly. I knew I picked the right lawyer when I saw her in action against the opposing counsel. Very knowledgeable and I was very impressed!! I will definitely use Alyssa in the future if I need to.

Alyssa represented me in a long , drawn out less than friendly divorce. She is very knowledgeable, practical,experienced with just the right amount of compassion. The best thing I did was just to follow her advice. I am very happy with the final outcome.

What a GREAT ATTORNEY! A real Pro!

Alyssa is a true professional, she really knows the law and knows how to strategically review your case to maximize the best outcome for the children involved. She is thorough and responds to questions, situations and problems very quickly. You always feel like you are her only client because she remembers all the key issues without referring to your file. She is warm and caring and takes an above average interest in your case. We love her and glad she is on our team to get the best outcome for our grandchildren!

What a GREAT ATTORNEY! A real Pro!

Alyssa is a dedicated knowledgeable attorney and is a pleasure to work with. A real "results" lawyer who gets the job done in the best interest of her client.

The legal representation Alyssa A. Lopiano-Reilly has afforded me as been nothing but outstanding. She has a very firm grasp of the law. When I did not understand a legal concept she explained it in terms that I could understand. In addition she has an eye for detail and follows up on all communications. She is a professional in every sense of the word. She has been there for me at every turn through out my case. She has been easily accessible at all times during the legal procures. I would recommend her and have many times to anyone needing quality legal services.

It is my honor to be able to recommend Alyssa Lopiano-Reilly for family related legal services. Both her knowledge and professionalism are of the highest quality. She is efficient, prompt, attentive, and kind. And I am grateful for this opportunity to say so.

Wouldn't go to anyone else !!

Alyssa, Has helped my husband & I when we were going through a custody case. Not only did we get custody, but she made the process simple & stress free. We were kept up on every situation, never had to call her for any info. She also helped us with writing up our Will. We were very impressed with her willingness to help us, her knowledge on all situations & just her kind personality & words. She is not only a terrific lawyer, but a great person. She made us feel very comfortable :) HIGHLY recommend her !!!

Alyssa is the Attorney you want in your corner

Alyssa handled my divorce and child support lawsuit. She is an amazing attorney. Confident, straightforward, tough, honest. I highly recommend her for your family law issues!

Professional, knowledgeable, responsive and extremely dedicated.... best there is